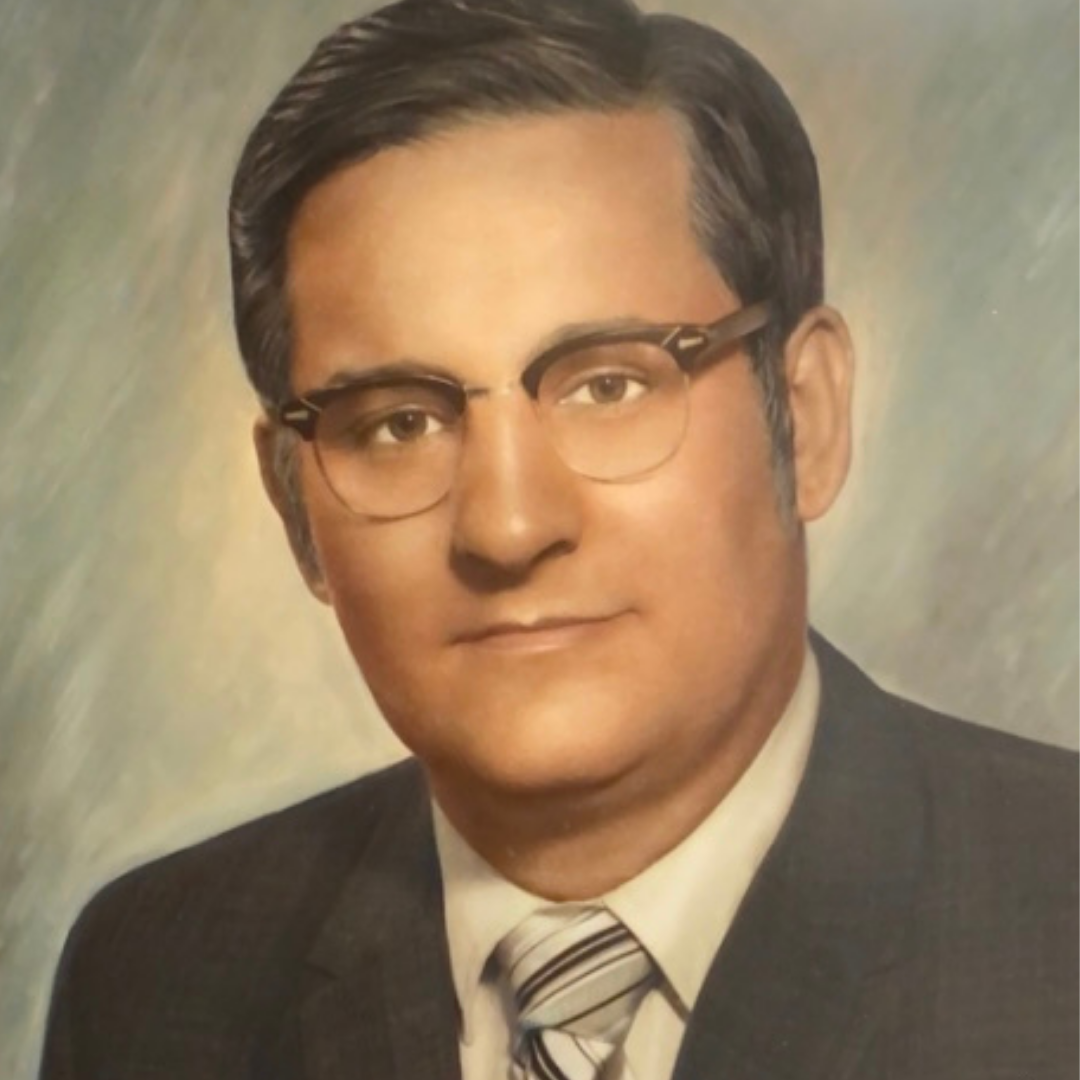 On Wednesday, March 16, 2022, Dr. Loren E. Klaus, 93, loving husband and father of three children, peacefully passed away at the home of his daughter, Marla Klaus Daniels, in Spring, Texas. Dr. Klaus was living at the time of his passing in The Woodlands, Texas, having recently moved with his wife, Norma, from Glen Carbon, Illinois.

Loren was born on October 16, 1928, in Carlinville, Illinois, and raised on his parent’s dairy farm in Honey Point Township along with one brother and four sisters whom he loved dearly. His parents, both deceased, were Harry Ellery Klaus and Loretta Schaefer Klaus.

Loren was born on October 16, 1928, in Carlinville, Illinois, and raised on his parent’s dairy farm in Honey Point Township along with one brother and four sisters whom he loved dearly. His parents, both deceased, were Harry Ellery Klaus and Loretta Schaefer Klaus. Dr. Klaus married Norma Charlesworth Witters on August 17, 1952, at First Methodist Episcopal Church in Charleston, Illinois, Norma’s family church. They were just shy of their 70th wedding anniversary when he passed.

Dr. Klaus’s career in education began in Mt. Pulaski, Illinois, where he served as a high school teacher and coach. He was the youngest (23) Superintendent in the state, principal, teacher, and coach at his next assignment in Elkhart, Illinois, where he also served as athletic director for Logan County. Soon he was Superintendent and Principal at Chatsworth, followed by LeRoy and Litchfield. He loved working with students and served as de facto counselor to many and, occasionally, their concerned parents. In 1963 he was appointed Superintendent of Schools, District V, Normal, Illinois. He oversaw successful bond issues, which resulted in a new junior high school, a new high school, and two new elementary schools.

The Board of Trustees of the newly created, but not yet built, Shawnee Junior College (now Shawnee Community College or SCC) in Ullin, Illinois, appointed Dr. Klaus as its first President in May 1968. He oversaw the temporary campus facility design and construction, hiring administrators and instructors, course offerings, and, in his sixth year as President, the design and eventual construction of the permanent SCC facility. 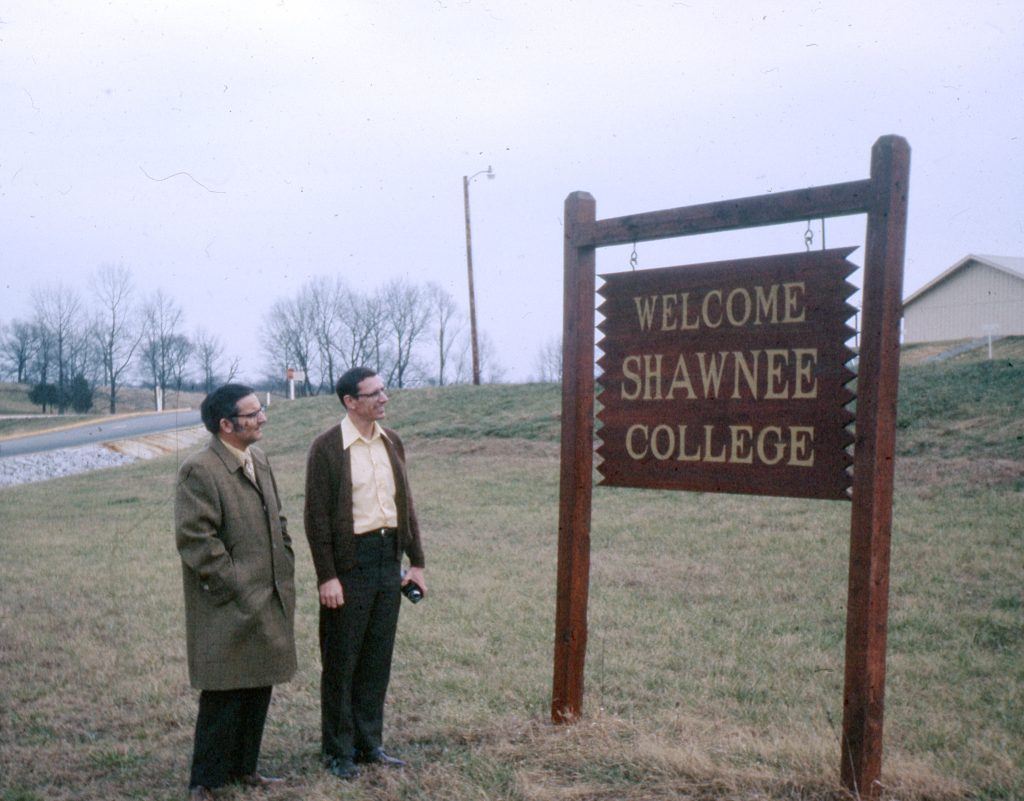 One of his favorite memories was in the summer of 1968 when Dr. Delyte Morris, then Chancellor of Southern Illinois University, stopped in unannounced at the temporary SCC administration office, an old house in Karnak, Illinois, to say hello and to tell him he would help him in any way to get the brand-new college up and running. SCC soon boasted the highest ratio of Ph.D. instructors to students of any institution of higher learning in Illinois. Dr. Klaus remained until late 1987, just shy of 20 years as President, a standing record in Illinois for community college presidents. The students were always his favorite part of work at SCC; he took time to talk to them in the hallways and the cafeteria and was so proud of their accomplishments and success. 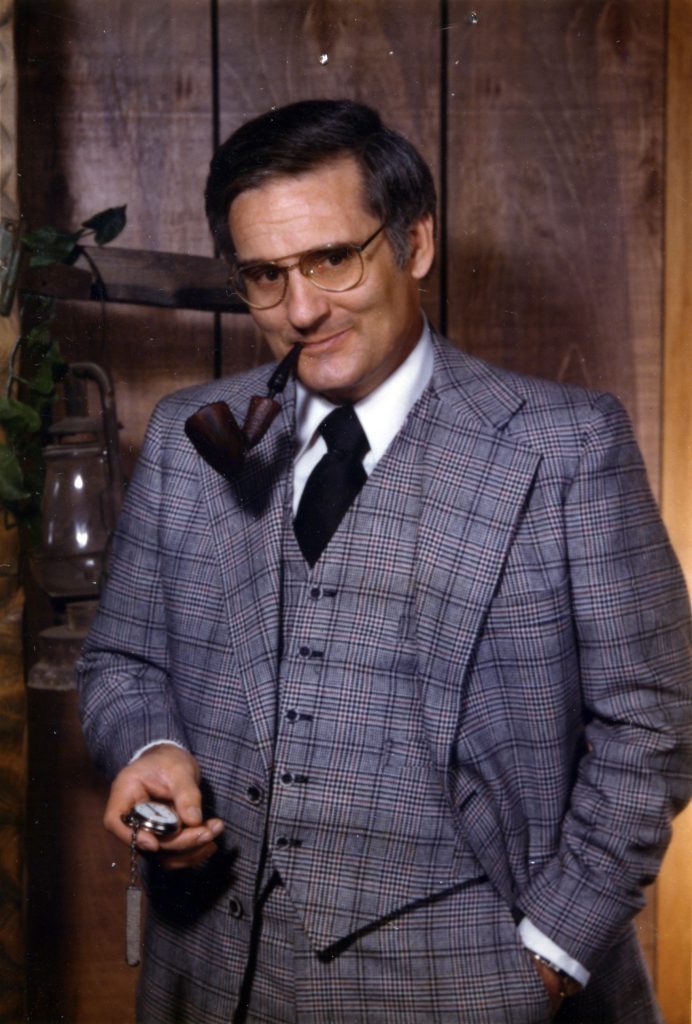 Dr. Klaus with his Pipe

Dr. Klaus’s friendly manner, low-key sense of humor, and well-polished voice made him a popular national speaker. His keynote speeches were in high demand from many college and school board association conferences across the country due to the innovative successes at SCC. His message was based on his “simple central Illinois farm boy philosophy” of public education. He did not subscribe to faculty committees as a source of input in decision-making. Any instructor could propose a new course to their divisional chair, who would take it to the appropriate dean, then to the president, who would take it to the board. “People who make decisions here are held accountable, rather than a nebulous committee. That’s one of the reasons we’re able to operate so economically here.” Dr. Klaus asked a person four questions when presented with a proposal. “I ask one, what is it you’re trying to do?; two, how are you going to do it?; three, how will you know when you’ve done it?; and four, run it by me one more time.”

Dr. Klaus also spoke about the power struggle between lay and professional factions to control public education. “That’s what the ballgame is all about, although most people don’t know it.” He also felt no school board member should have a vested interest. “I happen to be a strong believer in citizens controlling their destiny, and in America, this is done by the citizen board – boards that make public policy. This works best in cases where members of those boards have no vested interest other than doing the best job for the community.”

Dr. Klaus was a team leader for the Illinois State Board of Education, which assessed many large districts from Cairo, East St. Louis to Peoria and Rock Island/Moline. Dr. Klaus was honored to be included in SCC’s 50th Anniversary celebration on campus in 2017. He and his wife so enjoyed seeing many friends and former co-workers who helped establish SCC. 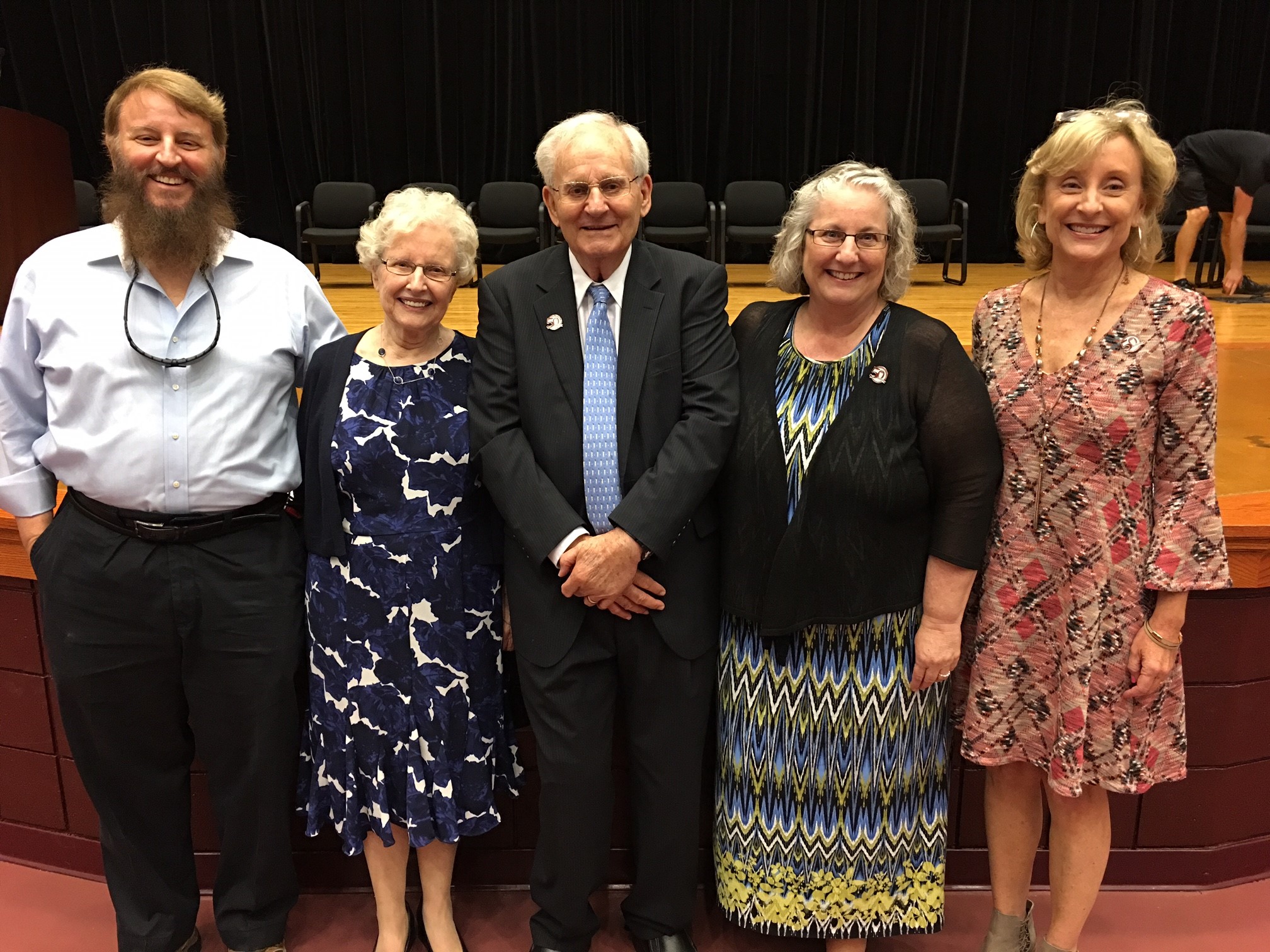 Upon his retirement from SCC, Loren and his wife moved from their home in Metropolis, Illinois, to Glen Carbon, Illinois, where Norma started Temporary Team, a temporary employment agency. At the same time, he helped his daughters run grandchildren around and played a lot of golf, and he was very happy to do so! They were members of Troy First United Methodist Church in Troy, Illinois.

A memorial service and burial at Prairie Lawns Memorial Gardens in Carlinville, Illinois, will be held on June 4, 2022, at 10 a.m.

Donations can be made online at: https://theird.org/donate/